Before we delve into the intricacies of how we chose what we believe to be the best low light camera, we are first going to cover what low light photography actually is.

> In a hurry? Click here for the best camera!

Despite what the name may suggest, low light photography does not necessarily mean that it’s done at night. The light sources may vary, but if the light is lesser than daytime light, then it should be treated as low light. This could be anything from an indoor shoot in the day without additional light sources, to nighttime shoots.

This is why nature photographers, such as Tarantula Zone, who specialise in taking photos of tarantulas in low-light, utilise some of the best low light photography gear.

Setting up your camera

Even if you’re equipped with the best camera for low light, if you’re unable to actually use your equipment efficiently, you’ll never reap the full benefits of the hardware.

While light sensitivity is obviously one of the biggest factors, there’s a lot more involved than just increasing your ISO to the highest it can go. To get the most out of your camera in low light conditions, we recommend utilising the following tips:

The best camera for low light – Sony a7 III

The Sony a7 III mirrorless camera is without a doubt the best on the market for low light photography.

Amazingly, out of the cameras we had access to, the a7 III managed to deliver clean and crisp photos at the staggering ISO level of 51200.

What was even more startling was that it even managed to produce cleaner footage compared to it’s more expensive brother, the aR7 III, at ISO 25600. However, it should be noted that the Sony aR7 III is only built to be a high performance still photography camera, even though does well as an allrounder.

It should be noted that as of writing, there is another camera in the a7 range which is due to be released at the end of the year. This will likely trump the a7 III, but only time will tell.

We have outlined some very basic tips on how to take photos in low light previously, but if you’re an advanced photographer who understands how to use a camera to its full capacity, then these tips are for you.

Taking photographs in low light is a lot easier if some pre-planning is done. For instance, what kind of light do you expect before you get there? When is the most optimal time to take photos in the style that you want? Taking a photo at dusk, dawn, or night, will really change the feel of the image.

Certain pieces of equipment are invaluable and can make impossible shots possible. A suitable flash, tripod and lens can make or break your photo. A decent flashlight is also a handy investment, as it allows you to ensure you can see all of the buttons you need to press, and to make sure you haven’t left any gear behind when it’s time to leave.

Tripods – never leave home without one

Tripods will not eliminate blur from a moving object, but it will reduce the chance of an image blurring due to camera shake. These hand bits of kit means that you can use shutter speeds that would be impossible to use if you were to hold the camera yourself. Doesn’t matter how steady you think you are, you’ll never take a perfect slow shutter speed photo if you’re holding the camera.

For those who want to achieve the perfect photo, a self-timer or remote release should be used. This stops the camera from moving when you press any buttons on the camera, as you will be clicking an external remote.

If you were ever looking for a reasonable excuse to take your camera off auto, low light photography is the answer. Doing so will allow you to choose whatever shutter speed you want for your shot. If you’re not fully confident in doing everything manually, shutter priority is another option that’s better than auto. It ensures that the shutter speed stays exactly at the speed that you require it to, whilst changing all of the other variables for you.

Some cameras, like the Sony a7 III, excel at using high ISOs, whereas others will produce a grainy mess. It’s imperative that you understand how your gear works and its limitations. It’s a good idea to take a few test shots at different light levels and ISOs and view them on your computer at full size. This will allow you to determine where the noise creeps in on the shots and where loss of detail starts to become apparent. 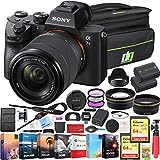 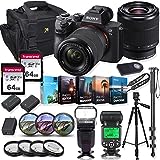 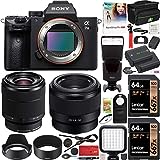 What Is A PA System?

Do NOT follow this link or you will be banned from the site!